"What I did on my holidays" 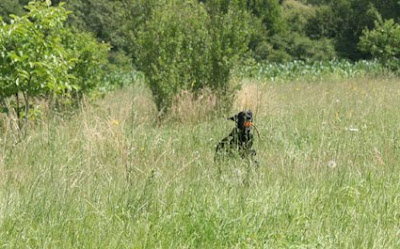 Posted by Cloth and Clay at 7:38 AM No comments:
Labels: Charlie, France

“They call me Hermann the German,” he calls
in an ever-so-slightly falsetto stage voice.
I wonder if this is because
he’s introduced himself that way to ‘Them’, too.
His once-perfect English deteriorates now
and German and French (we are all in France) creep in
to his conversation, which is more anecdote than dialogue.
As usual, the stories are peppered with the Big Car Smash
and the Plane Crash and the piece of metal in his arm,
which has been taken out again.
Last year no-one saw Hermann and no Christmas cards
arrived for those who expected them.
We all thought we’d seen the last of him
but now we learn he was in hospital.
He invites me to feel his head (I’m not keen)
where they cut him from here, right down here
and down to here (somewhere in the chest area.)
It’s not clear to us what they did, but
“they took away my driving license!”  he chuckles,
“But it’s ok, I still have a Swiss one!” - punchline laughter.
So we have been blessed one more summer by
this genial Europhile historian with impeccable timing,
turning up to camp in our yard just when we are here.
No longer searching for flint tools or taking aerial photographs,
now he is giving away all his positives and negatives,
he tells me.  Giving away his flints.  Everything.
Everything except his campervan.
Maybe it is better for him to travel hopefully,
believing he’ll find someone to drive him next year,
than to arrive at the knowledge that he won’t,
but I think this was our last meeting
with Hermann the German.
Posted by Cloth and Clay at 9:26 AM No comments:
Labels: France, poetry

Followers of this blog and other friends to whom I send links to photos will know that I became a little obsessed with photographing insects last year.  I had planned to concentrate on landscape photography but although I did take some good autumn landscape shots, most of my time was spent on insects.

Well, here I am again in photographer mode and I've still got the bug.  (Sorry about that.  You can stop groaning now.)  This year we seem to have even more butterflies than ever and I have been snapping away.  Actually,  one or two pictures are rather promising.  But then, just as I think I'm doing ok with the butterflies, along come some fledgling kestrels.  They're not there all the time, of course.  And when I go out to find them, the dog inevitably decides he must come too and I think it is he who disturbs them.  We had a fantastic view of them flying low just over us when we came back in the car the other day but I haven't been able to get that close.

So - this is perhaps one of the clearest of the batch. 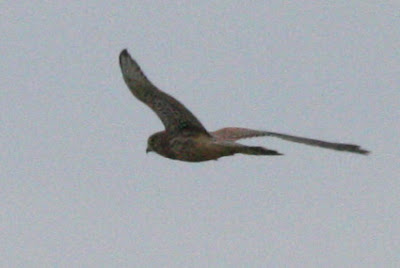 I'm not sure it's my favourite, though. I rather like the ones I captured when two of the young kestrels decided to descend on a crowd of pigeons I hadn't even noticed.

You can see the rest of the photos here.
Posted by Cloth and Clay at 3:28 PM No comments:
Labels: photography, wildlife
Newer Posts Older Posts Home
Subscribe to: Posts (Atom)