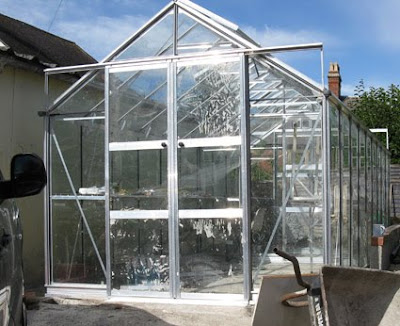 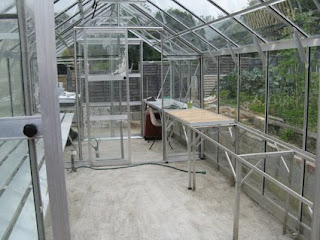 Yesterday, when the problems were fixed and I could say that I actually had a new greenhouse, was 18th September. The date was quite significant. It was really important to me that I had the greenhouse up by 28th September. There's no plant that required this, no deadline for the plumber to finish the waterworks, no real reason at all. It's just that on 28th September I'll have had the greenhouse here for an entire year. I'm not usually known for my patience, but I think you'd have to admit I've done ok. A year between delivery and actually being able to go inside. After all that, perhaps you can understand why I wasn't going to get excited until the job was done.
Posted by Cloth and Clay at 11:02 AM
Labels: greenhouse