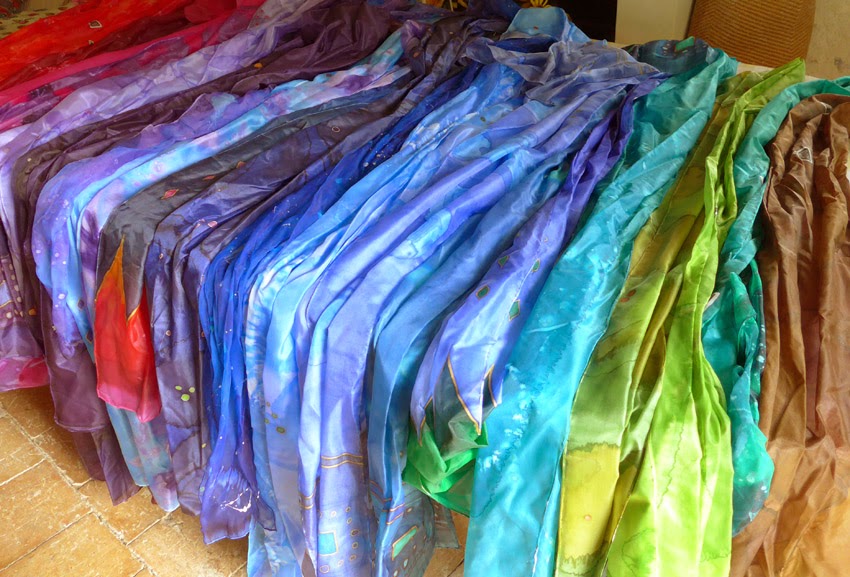 I've packed up my work station in the cottage for this year now.  Enough scarves for the following seasons and anyway there are visitors expected in the cottage soon, to which we're looking forward.  I've been working fairly full on in order to get the scarves finished so won't worry about not doing much work for the next week or so.
Posted by Cloth and Clay at 12:55 PM
Labels: artwork, scarves, textiles, work