There is work in progress.  You will have seen that I have made earrings and new textiles work.  I have also done some work in the pottery.

I don't tend to write about or show pictures of the pottery work I do until it's finished.  This is partly because there's not often anything different to see until it's decorated and fired and it also has a lot to do with the fact that I can't be sure it will exist as a finished pot until I open the kiln after firing.

I haven't been writing about the work I've been doing lately for a different reason, though, which is that until now I wasn't sure what to write.  A few weeks ago I was at the stage of saying that I was pretty sure I would return to the pottery but that I couldn't be entirely certain.  Of the few people I spoke to, some were cool with this and thought it was a fairly healthy place to be while others were clearly taken aback.  Well, having gone back, I think I can say it's likely I'll continue.  I'm probably still a potter.  Probably.

I don't know what sort of potter I am, though.  I don't know what I'll be making.  Oh yes, there is a long list of things that are needed because I am running out of them, starting with a few hundred mugs and cereal bowls.  I am not sure if I shall be making them, though.  The things I have made so far have mostly not been things I normally make.  It has felt ok.  I did make 15 mugs last week, but that wasn't great and the idea of going in there this morning to make mugs - well, I won't be.

Obviously this is part of the bereavement thing.  But how?  Why?  Where does it fit?  When I returned to the pottery a few weeks after M died I found that the glazing and firing was ok but the making part was the hardest thing I've had to do.  The first time I tried, the grief was overwhelming and I had to give up.

I was astonished by this.  It was the last thing I expected.  My creative work is so much an integral part of me, my self, and time spent in the pottery was always something separate from M (or indeed anyone else) that I really expected it to be the one place I would feel ok.

I think I know what's going on now, though, and the explanation has been crystallised by reading someone else's blog.  L is also a creative person.  She's currently going through treatment for breast cancer and has just written that she has not felt able to continue her usual work.  She has been creative, though, writing, painting, making wonderful headgear for herself.  Just not her normal things.
I have come to the conclusion that with life-changing events (bereavement, serious illness) it is because one is never again going to be in the 'before' state that things that totally belong there are the difficult ones. One is now in a new state and things that have a new element belong in the now, so they fit and feel ok.  Things that belong so much in the then, the 'before', are the hard ones to return to because there is a mis-match between the activity and the time.  They're not new, so rather than being part of this new life, they are a sharp reminder of the permanently lost old one.

With creative work this is particularly a problem if you make your living at it.  It's scary to think what might happen if I never return to making the things that people buy.  Will they buy other things?  What will happen if they don't?  If it takes me months to return to production, will outlets wait for me or will they ask me to leave?  Will my business lose so much momentum this time that I won't get it back?

If a hard thing presents itself, I try to tackle it head on.  The bigger the emotional challenge, the more likely I am to go for it, once I have recognised its existence.  Acknowledging these questions and accepting that I don't know the answers has been a pretty huge challenge, exactly because they are so scary to contemplate, but I think I've met it.  Waiting to find out what happens next is easy in comparison.

Why don't I apply the same principle to making a hundred mugs, you ask.  Well, it's a good question to which I have some answers but I think they are for another time.  This post is already long enough.  And, to be honest, writing it, re-exploring the ideas and feelings that have been milling around for the past few weeks, has taken enough out of me for one morning.  The heating is on in the pottery so I after a comforting hot drink I'll go and turn three small bowls which are ready, because not to do so would be a waste of them.  After that ...  I don't know.

It's a work in progress. 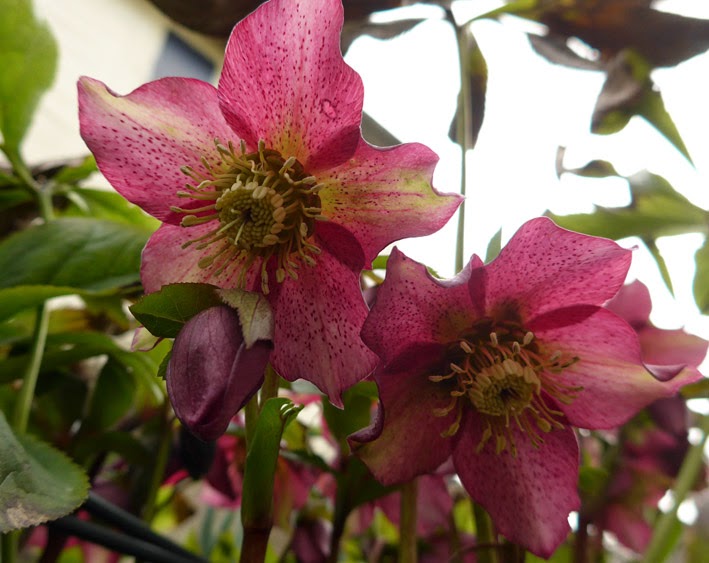 Posted by Cloth and Clay at 10:42 AM
Labels: artist, artwork, bereavement, life, thinks