How people work has been a subject of fascination for me for decades.  I've been thinking recently  about the inner world of the person and how this relates to what can be seen on the outside.  How difficulties can arise in relationships because what one person thought they said was different from what another person thought they heard.  How assumptions can be made based on what is shown outside rather than knowledge of the rest of what's inside.

I've written here before about the importance to me of people getting me right and why that might be.  It influences my writing because I'm intent on what I say being completely clear.   Over the last few weeks I've been thinking that my lack of writing might be equally instrumental in what people are thinking about me.

When you arrive at my blog the first thing you see is the last thing I wrote, and its date.  You might think that the mood of that piece, or what occupied me when I wrote it is what's still going on.  It almost certainly isn't, especially if I haven't posted for more than a week or so.

I've been increasingly aware of this over recent weeks, noticing that the previous post to this, the one people have been seeing on arrival at my blog for quite a while, has been about bereavement and the feelings I put into a poem about it, but conscious that this has not been what I've mostly been concerned with since then.

I seem to write posts in batches, so expect to be writing soon with updates to the garden project and updates about my work, as well as other odds and sods.

And I'll be trying to convey my inside - out there! 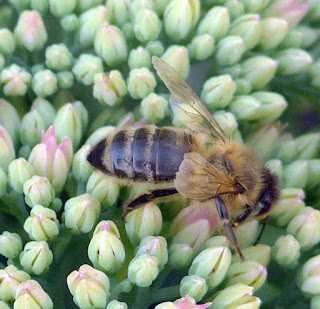