It's been a weird summer. 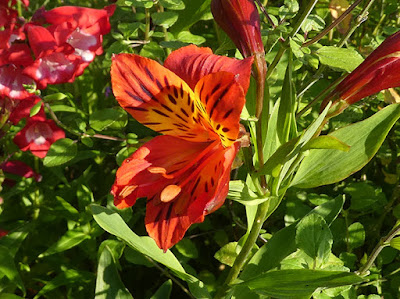 The weather has been weird, both literally and metaphorically, since I last blogged.  From time to time I think I'll write a post and then things change completely and I don't.

Really, I feel completely cheated of the summer.  I have had no good weather in my garden since the end of April.  All the times when everyone else was complaining of the heat I was away and for the hottest week I had been pinged and was confined to barracks.

Since June I have also been suffering from a mixture of some of the worst grief and a bad bout of post-viral fatigue.  The fatigue is very frustrating.  So many things I have been unable to do.  Some of my friends just don't get it.  I ventured out for a rare coffee with friends this week and they asked if I had walked in.

I had to explain post-viral fatigue all over again.  Interestingly, although I've always described the condition as post-viral fatigue my cranial osteopath talked about "people with ME" and then corrected himself to "post-viral fatigue" so I suppose I'm crossing the line between the two.  I've bad PVF before, though, about 18 years ago, and got over it completely until April 2019, so watch this space.

Part of the problem in recent weeks, though, is that one of the feelings - best described as tired brain-fog, I suppose, can be caused either by the post-viral fatigue or emotional "stuff".  I'm usually pretty good at working out emotional stuff but it has been a challenge.  I now know to look for stuff first and if I can't find anything it's probably fatigue.  But the fatigue is definitely getting better and the brain fog associated with it has mostly gone.  I still need to be careful, and probably haven't been today as I've done quite a bit in the garden/patio.  I think it will have done me good, though, even if I have to rest tomorrow. 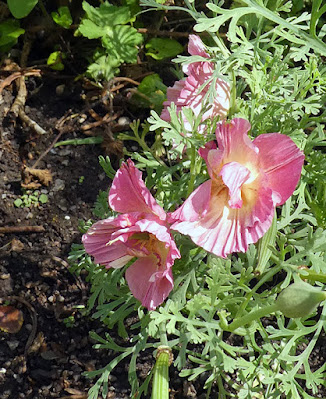