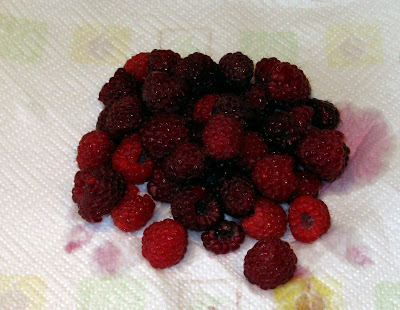 Anyone kind enough to read these ramblings regularly will have noticed it's been a while since I've written anything here. I've been unsure what to write. I hope I can be read clearly in these ramblings and friends have told me that this is so - I am easily recognisable in my writing. On the other hand, it's not a dumping ground for all my inner stuff and as I've been feeling more down than up I've been uncertain about how to approach this within the blog.

I've certainly wanted to write. This blog is among a selection of pages that open almost automatically every day and every day this week I've seen the same entry staring back at me and wanted to post something different. The things that have been uppermost in my mind, though, have been mostly negative and didn't want to just pour out a lot of structureless stuff that would make people more gloomy than the November weather is probably already doing. A bit of an impasse, then. I suppose I was looking for a coherent approach. I tend to know how I'm going to write what I want to write about once I have a title.

Eventually it dawned on me that once again it's been about getting a life. Having said earlier that getting a life meant a life that wasn't just work, I didn't spend much more time thinking about the essential place of work in that life. So here I am, having wished for more time to do things that aren't work, and I've got my wish. I don't much like it!

My rib injury had been mending really well and there was only one way to find out whether I could make pots yet, which was to try. On Friday evening I made three jugs. Not much, but it was a start and I felt completely fine both doing it and afterwards. On Saturday I thought perhaps I was slightly more tender than on other mornings but as usual that wore off and in the afternoon I made 9 jugs. Towards the end of this things did start to hurt and the next day I felt I had been set back at least a week. I suppose I'll go and put handles on the jugs I've made when they're ready, but to be honest I don't have much enthusiasm.

It felt so right making pots. I felt as if I was back where I belonged. Now, though, it's like being shut out of where I belong. I've been somewhat rootless and unable to focus on alternatives.

I do have alternatives. I can think ahead and make the Christmas presents I am planning now rather than later. There are various domestic chores I could try to catch up with. I could find some leisure activity that doesn't involve rib muscles (no swimming or gardening, then.) I've just been unable to focus until now.

What I have done is to take whatever steps are possible to distribute the stock I have in the places where I am most likely to sell it. Because of the lead time to filling a kiln for firing, it now looks probable that I won't be able to produce any more pots in time for Christmas sales. Aside from the feeling of loss at not being able to work with the clay, this could be a big problem but I hope I've minimised it.

I've made an appointment with my own GP in the hope of getting some kind of meaningful prognosis. Both A&E and the GP I saw previously said that of course I could work and make pots. Nobody actually examined me to find out what I had done, it has to be said. It's clear now that I shouldn't be working. What's not clear is when I will be able to do so.

Having taken these steps I do feel a little better about life. At least I've been a bit proactive about something.

And then, there are still lots of good things, some of which I did wish for. I wished for raspberries in the garden and the autumn raspberry plants we were given in the spring have fulfilled the wish in bowlsful. This is today's harvest. It's the tenth of November. I've just picked raspberries. That has to be good, doesn't it?
Posted by Cloth and Clay at 9:26 AM
Labels: pottery, thinks, work