This morning I took my first anti-depressant.

Not actually my first ever.  I had a course of them in the early eighties and for those who know the difference, that was for endogenous depression.  After the initial period when my health improved and I came off the anti-depressants, endogenous depression dogged me on and off until these days it's pretty much a thing of the past and I can stave it off.  Therapy in the mid-nineties was probably the most effective treatment.

What I have now is reactive depression.  It took a while to exclude everything else and thank you so much to those people who noticed something wasn't right (who probably don't read this blog!) but that's what it is.  Yesterday I went to the doctor, who asked what the trigger had been.  Well, it isn't so much of a trigger, more a slow burn, but you could sum it up with the realisation that last year wasn't so much a difficult year as a plan of what my life will be for the next few years.  This is because of what's happening to some of the important people in my life and also because of my ongoing foot problems.  And, truthfully?  Brexit plays a part.

I'm doing all the right things.  I don't feel bad all the time.  I'm taking positive action where I can.  But it's bloody hard sometimes.  And when I'm feeling low, I can't do creative work.  I do lots of other useful jobs and am sort of on top of stuff but there aren't many weeks until my next exhibition and I really wanted more new textiles pieces than I have.

I feel hopeful this morning, that something might help me return to my usual self.  I'm only 64!

I'm writing this not to whinge or ask for sympathy but because it may help other people.  Mental illness is illness but in spite of the good publicity mental health promotions have been getting recently, people still feel diffident talking about themselves when they are struggling.  I guess it's partly because of the therapy I've had that I'm able to look at it as just that, an illness.

So, don't be secretive about your mental health.  Let people know.  It's more of a struggle but you are still you, doing the things you do. 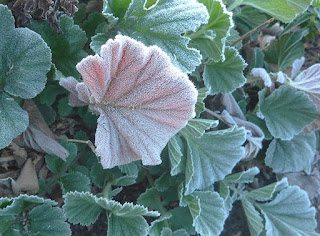 Posted by Cloth and Clay at 8:51 AM
Labels: health, thinks