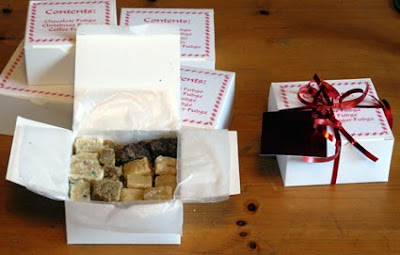 It's that time of year when the word 'tradition' gets taken off the shelf and paraded round by all and sundry. At other times there can be a downside to describing things as traditional because others see it as an argument against modernisation, progress and improvement. At Christmas, though, tradition is a buzzword. I grew up with a very narrow world view, in that it did not occur to me until my very late teens that there were different ways of looking at things. I thought traditional Christmasses were all exactly like ours. Only later in my adult life did I begin to appreciate the value of small-scale traditions such as develop within family or friendship groups, or even for the individual. I expect to be writing about my Christmas traditions off and on for the next couple of weeks.

Traditionally, as I mentioned a week or two back, I've always made my own Christmas cards and I've also always made presents. At different times in my life the made presents have become greater or smaller parts of what I've given, according to disposable income and disposable time. Unfortunately, a lack of either of these is usually accompanied by a lack of the other as the more I depend on my artwork for my income, the less time and money I've had! This year, though, having been unable to make pots, I've been able to enjoy making a proper job of making presents and things are progressing not just on time but ahead.

As most of the people I give made presents to also read this blog, I don't want to give too much away, but as these boxes of fudge are now traditional, they're not a secret. And think yourselves lucky that I couldn't think of anything to write under the groan-worthy title of 'Fudging the issue.'
Posted by Cloth and Clay at 10:35 AM
Labels: news, thinks