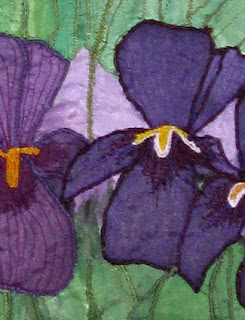 Oh boy, is my house inhabited by gremlins at the moment!  The laptop and compact camera have swiftly been followed by Photoshop CS4 which will still not load properly after a day and a half of tech support and delving into the depths of System32 and then to cap it all I unpacked my new Whisper wheel and it didn't.  Whisper, that is.  It went "clonk clonk."  I phoned the suppliers but only reached a hapless bod whose job is not normally in the office but who had gone in to answer the phone as the other two have been in bed with flu since before Christmas.  I'm sorry for them; that's a long time still not to be able to get out of bed.  But I'm probably sorrier for me.

This last has rendered me somewhat indecisive about work.  Should we get the new wheel out of the workshop end of the pottery where we have only just put it and replace with the old one and then try to create some order and eventually try making pots again, or should we leave it in the workshop, optimistic that the flu-sufferers will recover rapidly and help with the problem?  In the mean time I could continue with textiles work full time instead of the planned half days.  I still don't know.  I waver.  It probably partly depends on how much time I have to spend on technical problems.  Today an engineer sent by Dell should be arriving to replace the CD/DVD drive in the laptop, time as yet unspecified.  And I should really plough on with the Photoshop problems.  It's just snowed for an hour or so, which doesn't make the pottery feel inviting.  Perhaps I will leave the decision for another day.

In the mean time I am quite excited about my new work.  Here's another sneak preview.  For the time being (by which I mean this year) I am sticking to the arrangement I've held to for the past eleven years - new textiles work doesn't get shown anywhere until it's been seen at Another Beastly Art Exhibition, but I think perhaps showing small areas one at a time doesn't count.  It's a good compromise between showing you nothing and letting you see what I'm pleased about.
Posted by Cloth and Clay at 8:27 AM
Labels: technology, textiles, work