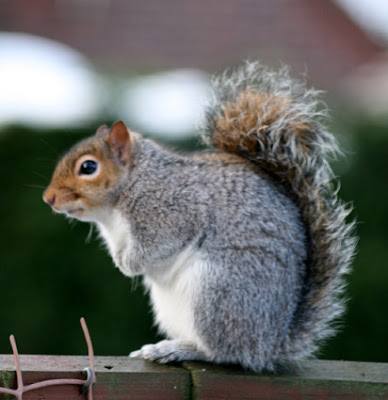 I'm happy.  I hope you are too.  Nothing exciting or exhilarating has happened, but I'm just happy in a quiet, contented sort of way.   The dog and I are up and ensconced in the study with the door shut.  We (M and I, not the dog and I) started shutting the sitting room door when we had opened up the fireplace as it naturally created a draft. The sitting room is also M's domain, in that he has his desk and computer in there.  Recently I started shutting the study door for the same reason and have found the experience remarkably liberating.  I think I've spent the last ..... almost six years!  goodness! ... since M first arrived here, trying not to be too antisocial while at the same time yearning for time on my own.  I seem to have let go of whatever feelings restrained me from simply shutting the door and now realise that this simple action goes a long way to creating a little more space to myself.

I also plan to turn the central heating thermostat down a degree or two.  It's in the hall so this will affect the hall, landing and any rooms which have their door open.  We can then keep the doors shut and the radiators turned up in the rooms we are actually using and need to be warmer.  I had great resolve last January to keep the hatch to my large attic room shut when the room was not expected to be in use but the reality turned out to be that I am always expecting it to be in use as there is always ironing or sewing or sorting or some other work up there that I hope to get round to today.  The hatch stayed open.  It's become clear, though, that the radiators work efficiently when turned up so I hope to reinstate the plan this winter and keep the hatch shut.  When I actually go up to do something will be the time to open the hatch and turn up the radiator.  Not exactly a New Year's Resolution, but at least a plan.  I will report back on my success!

I love the sense of the new that I get on 1st January.  I'm filled with anticipation and optimism that there are new possibilities, most of which I'm probably not even aware of.  It's rather like the start of each new day.  I'm very much a lark rather than an owl (which is why I've been up more than an hour even though we didn't get to bed till after 1.30) and towards the end of the day start running out of energy and oomph.  I'm learning to recognise this rather better and when I feel downhearted and dispirited in the afternoon or evening I try to remind myself of this.  When I get up I nearly always feel ready to take on anything and able to achieve everything.  It may not be realistic but it's a pretty good way to start the day.  Expand that, and you have how I feel at the beginning of a new year.  I have heard all the arguments about dates being a man-made concept and therefore insignificant, but I have always had a very powerful sense of change and possibility with the turn of the new year.  Underneath the man-made number structure is, after all, the natural year and the sense of cycles and regeneration.  Yes, regeneration is more naturally associated with spring, but the fact that we've turned the corner from the shortest day must surely impact on our subconscious animal selves, if nothing else.

The idea of the numerical year itself is less important to me.  I'm not making plans for how things will be just for a year, rather they are plans for how things can be from now on.  It's when I look backwards that the year takes on more importance.  I look back at what was different twelve months ago.  I feel I should say that the biggest change for me in 2009 was getting married, but it really wasn't.  It was a highlight, a lovely warm, fuzzy, loving, sunny friends and family sort of day and I'm really happy we did it.  But I promised M it would not change things and it hasn't.  Things were good before and they still are.

If I think about what has changed in 2009 there are two main themes.  One is our time in France, my getting a life, now still not being able to make pots even though I really want to and all the other things that connect with lifestyle.  The other is technology.  Starting this blog and joining Twitter have felt like big changes.  I'd be hard pressed to say why so perhaps the reasons are things which have yet to happen.

So here I sit, thinking about happy and new and year.  The photo isn't significant to any of this but it's one I wanted to share.  I know all the negative things about grey squirrels, but still, he's rather cute, isn't he?

Posted by Cloth and Clay at 9:44 AM
Labels: seasons, thinks