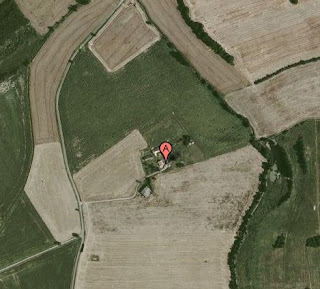 There's always a degree of culture shock when we arrive back in Britain from France but I'm expecting it to be much greater this year as we have been here for five months.

After so long even I, mostly sitting in the passenger seat, will find it odd that we are driving on the left once we get off the ferry.

Next there will be the first visit to a petrol station or shop and the affrontery of the assistant not greeting me with "Bonjour Madame." Here, one simply does not start talking to someone without this greeting. A year or so ago we had a French market in Stroud. You know the sort of thing - various French traders seem to do a 'season' in Britain, travelling round to various towns. We tried to speak French to the stallholders whose wares we wanted to ask about, but they all replied in very good English. It was rather sad that none of them welcomed our French; after all, M's is pretty good. The worst thing, though, was the shame I felt at our own behaviour. In spite of knowing everyone was French, we didn't once start a conversation with "Bonjour." I'm determined to make sure I do if there's a next time.

We'll be returning home to a TV, and not only that, but a PVR which will have been recording some of our favourite programs, courtesy of our house-sitter who set it for us. Here, we've watched almost one series of The West Wing during cold, wet evenings, but mostly I have been listening to radio.

We're also returning to a dishwasher - HOORAY! This will be so welcome to both of us that I'm not sure it can count as culture shock. We've even given serious thought to whether we could find room for a dishwasher here. Probably not.

In Stroud we have a local and I think (providing the same landlord is in place) are known there. Here, however, we are well known and indeed on friendship terms with the family who run the café-bar-tabac. When we arrived in April we had not long been married and they and several others greeted us, with some hilarity, as "les jeunes mariés" (the young marrieds). During August we visited the large market at Chauvigny, in part hoping that Saucepan Man, as we have come to think of him, would be there. He no longer comes to our local market and I have been buying a pan each year from him for the past four years or so. That is the extent of our contact with him. Chauvigny is a 45 minute drive from here. We were lucky enough to find Saucepan Man at the market. He recognised us (not unusual, he frequently starts by telling me which pans I have already and in particular which one I bought first) but we were a little surprised that he greeted us with "Ah, les jeunes mariés!" Even as fairweather visitors, we are made to feel a real part of this rural community. 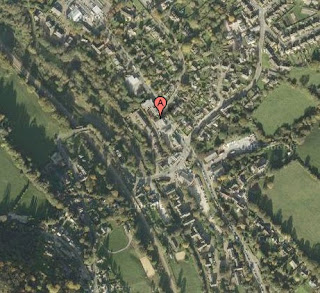 Posted by Cloth and Clay at 6:56 PM
Labels: France, thinks